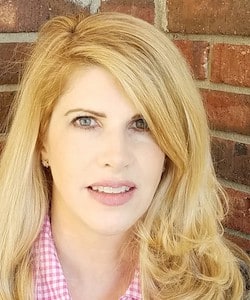 Kimberly N. Martin is a partner at Martin & Martin, LLP representing employees in all aspects of employment law and wage & hour law. Kimberly graduated with honors from the University of Florida where she received the "Book Award" for her employment law class indicating the highest grade in the class.

Prior to founding Martin & Martin, Kimberly worked for an international law firm defending companies in all types of employment cases including sexual harassment, discrimination, retaliation, Family Medical Leave Act violations, and overtime and wage violations. This unique experience is one of the keys to the firm's success and has given Kimberly the inside scoop on employment rights violations.

Using this unique background and experience, Kimberly founded Martin & Martin with the sole goal of vindicating the rights of employees. She has successfully litigated cases on behalf of workers in all areas of employment law. Kimberly represents employees in discrimination cases including race, sex, religion, and pregnancy discrimination. The New York Times reported on one of Kimberly's age discrimination lawsuit that was filed against a major U.S. company on behalf of a class of individuals who had been terminated in a reduction of force.

Kimberly also focuses a significant amount of her time handling wage and hour cases. She takes particular pride in obtaining unpaid wages for workers who have not been paid properly. Kimberly specializes in cases involving unpaid overtime, unpaid wait and travel time, the misclassification of employees as exempt instead of nonexempt, the misclassification of independent contractors, failing to pay workers for all hours worked, and failing to pay nonexempt salaried employees overtime. Martin & Martin also handles wage cases on behalf of classes of employees in class actions. In 2009, Kimberly and her partner, Thomas Martin, represented a class of over 600 workers in a lawsuit alleging unpaid wait and travel time.

Martin & Martin is known for aggressively litigating their employment cases to obtain the absolute highest amount of recovery they can for our clients. Kimberly prides herself on not running a "litigation mill" handling hundreds of cases and asking her clients to settle for pennies on the dollar. Instead, Kimberly gives each of her cases highly specialized and individual attention as she fight s for all of the damages her clients deserve.

90% of Practice Devoted to Litigation